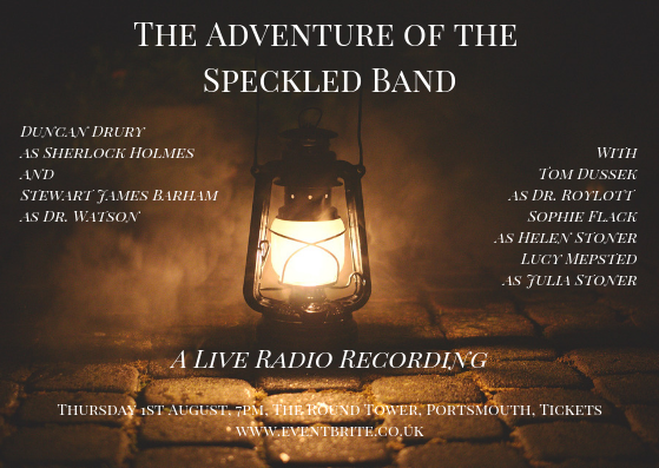 Early one morning Holmes and Watson are visited in 221B Baker Street by a young bride in fear for her life - what was the cause of her sister's mysterious death and the meaning of their stepfather's abrupt behaviour? And most curiously of all - how can Mr. Holmes explain her sister's last words: 'It's the band - the speckled band!'....

Recorded live in the atmospheric setting of Portsmouth's historic Round Tower, on Thursday 1st August 2019.

Brought to you as part of 'Summer of Sherlock 2019' in association with the Conan Doyle Collection and Portsmouth Council.