Delighted to announce that we are returning to Portsmouth this July/August for 'Summer of Sherlock 2019'!!

We have an exciting programme of performances in the Hotwalls Round Tower, along with numerous workshops happening in various locations around Portsmouth

The Adventure of the Speckled Band - A Live Radio Recording, 1st August 2019, 7pm 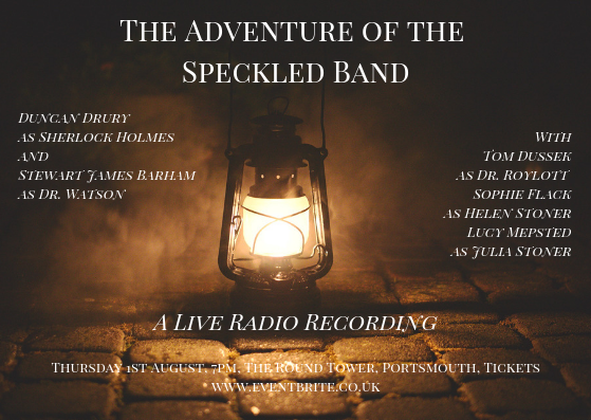 Come and be a part of a live radio recording of this classic Sherlock Holmes adaptation! Using a 1930's radio script from the Conan Doyle Archive, Lantern Light Theatre Company bring this stirring adventure to life for radio, featuring an ensemble cast and live sound effects desk...

Early one morning Holmes and Watson are visited in 221B Baker Street by a young bride in fear for her life - what was the cause of her sister's mysterious death and the meaning of their stepfather's abrupt behaviour? And most curiously of all - how can Mr. Holmes explain her sister's last words: 'It's the band - the speckled band!'....

Tickets are free, but there is limited space so advance reservation is recommended!

Brought to you as part of 'Summer of Sherlock 2019' in association with the Conan Doyle Collection and Portsmouth Council.
Thursday 1st August 2019, 7pm, The Round Tower, Portsmouth. For tickets click here. 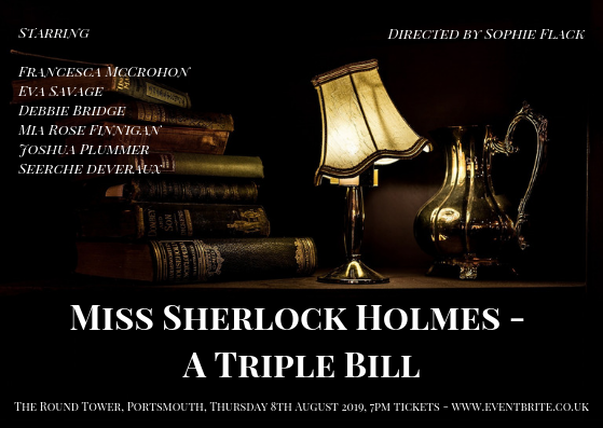 Across three separate evenings Miss Holmes is visited at home by: a desperate woman searching for her boyfriend, a terrified robbery victim and the dark and deadly villain known only as 'The Colonel'.

Drugs, danger, diamonds - it's just a standard night in for Miss Sherlock Holmes...

Tickets are free, but places are limited so we recommend reserving in advance! To book tickets click here.

Brought to you as part of 'Summer of Sherlock 2019' in association with the Conan Doyle Archive and Portsmouth Council.

The Hound of the Baskervilles - A Live Radio Recording, Thursday 15th August 2019, 7pm 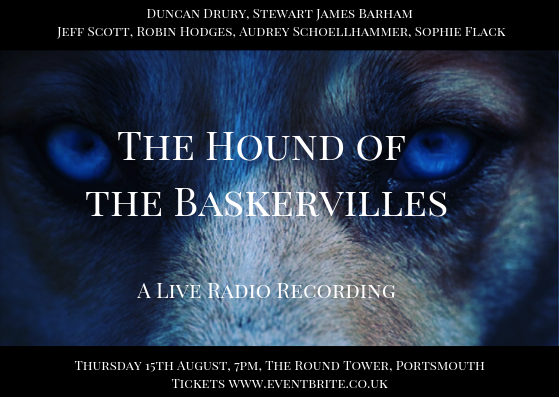 Come and be a part of a live radio recording of one of famous Sherlock Holmes' most famous stories! Recording in the beautifully atmospheric setting of the historic Round Tower, Lantern Light Theatre Company bring this terrifying adventure vividly to life for radio, with an ensemble cast, Victorian costumes, lighting, sound and smoke effects.
Increasingly haunted in the last few days of his life by the sinister legend of the hound of the Baskervilles, Sir Charles Baskerville is found dead on the moor by Baskerville Hall. Declared a simple case of heart failure by the coroner, but friend and neighbour, Dr. Mortimer is not convinced. Disturbed by the idea that darker forces are at play and fearful for the life of the new heir - Sir Henry Baskerville - he pays a visit to the world famous consulting detective, Sherlock Holmes.

His story piques the interest of the brilliant mind, who, however chooses to send the ever faithful Dr. Watson as his deputy to accompany Sir Henry Baskerville to Baskerville Hall. Watson and Sir Henry alone attempt to unravel the complicated tangle of affairs in Dartmoor while the net draws ever tighter and the terrible howls draw ever closer .... but where is Sherlock Holmes?

Suitable for ages 13+
​
Tickets are free, but there is limited space so advance reservation is recommended!

With Special Thanks to:

The Sherlock Holmes Journal, Vol 34 No3