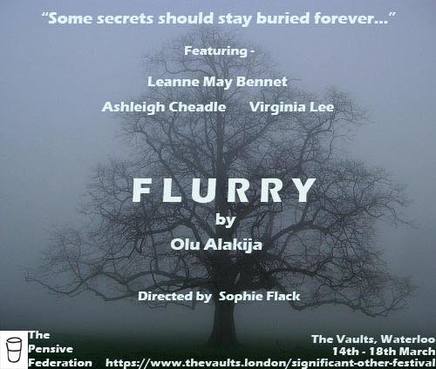 Three women in a remote forest. 3am. They've come to move a body, but one of them has a secret - his death wasn't an accident, as she told the other two...
Splintered friendships, damaged lives, a dark and eerie night.
'Flurry' is currently being developed into a film.
Written by Olu Alakija
Directed by Sophie Flack
Produced by The Pensive Federation
Karen - Ashleigh Cheadle
Jenny - Virginia Lee
Sarah - Leanne May Bennett