Lantern Light was founded by Sophie Flack and Carrie Rhys-Davies to take their production of W.B. Yeats’ ‘The Shadowy Waters’ up to the Edinburgh Fringe Festival. The show was an imaginatively re-envisioned version of Yeats’ little known masterpiece and played to sell-out audiences, receiving an enthusiastic  4* review in The Scotsman.

Sophie completed her actor training at Drama Studio London and alongside work with the company; she also now works as an actor, director and writer for film, TV and theatre.

Director and actress, Kerren Garner, joined the company as an Artistic Associate and together she and Sophie produced the charmingly quirky family show 'Hansel & Gretel', which toured theatres across the South East.

Since then Lantern Light have been commissioned by the Conan Doyle Collection to write and produce multiple new theatre and radio productions as well as curating work for the ‘Summer of Sherlock’ Festival. They also toured a highly successful new adaptation of ‘A Christmas Carol’ and a live radio performance of ‘The Tell-Tale Heart’ and ‘The Haunted Crossroads.’

They currently have in development a new radio play ‘Christmas with Gran’ and a new adaptation of ‘The Nutcracker’ by E.T.A. Hoffman.

Sophie studied English Literature at Bristol University, after which she was awarded a grant by The Thomas Wall Trust to attend drama school and won a place on Drama Studio London's one year post-graduate acting course. Since graduating she has worked as a director, actor and writer for stage, film, radio and television.

As a director she frequently works with new writing, including comedy, comedy/drama and new musicals. She has worked with a variety of new writing venues, including Rich Mix, Theatre503 and Theatre N16. She directed Lantern Light's hugely successful 'Hansel & Gretel' tour; 'Sherlock's Poisons'; 'The Hound of the Baskervilles' and 'The Adventure of the Speckled Band'. She has worked with Chicago company ECT directing new audio comedy; 29 Steps on their new musical 'The Truth Stops Here' and with songwriting duo leo&hyde on developing their new pop musical Pop Art. She is a member of the Young Vic Directors Programme.

Sophie's writing has been produced for stage by Lost Theatre, See You Next Tuesday and Lantern Light and she has several screenplays in development. 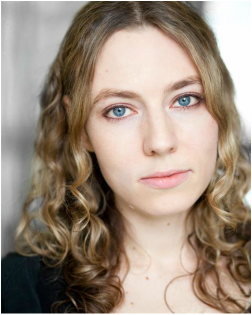 Kerren started her working life in the commercial sector for American Express before re-training as a teacher. After several years working full-time as a drama teacher she realised her true passion lay with acting and she undertook her actor training with the London Repertory Company. Since graduating she has toured extensively with multiple stage shows, while also lending her voice to numerous radio and voice-over productions.

Kerren also still works freelance as a drama teacher, running workshops across the country, both solo, with Lantern Light and with Brighton Shakespeare Company. She has special experience working with NEETs and students with special needs. 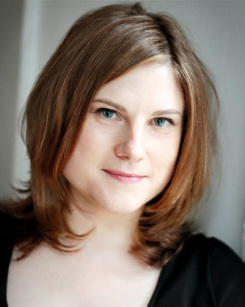